Entertainment News: Their popularity may be no competition to that of the Khans who rule Bollywood but there’s no denying that several young actors today have carved a niche for themselves in the short time that they have been in the industry. HitList tells you all about the films these actors are working on this year.Ranbir Kapoor

Like Salman Khan, Kapoor scion also has four films this year.  He’s currently shooting for his own production film, Jagga Jasoos, but the film will release next year. The last week of February will him join the unit of Bombay Velvet, which is scheduled to release during Christmas. He will also start shooting with Imtiaz Ali for a film opposite Deepika Padukone — this film goes on the floors sometime in June-July. He also makes a guest appearance in Vicky Singh’s Roy. Ranveer Singh

The actor has three films in hand. He is currently shooting for Shaad Ali’s Kill Dill with Govinda and Parineeti Chopra. He also has Gunday, which is an ode to Yash Chopra, and Zoya Akhtar’s film with Anushka Sharma and Priyanka Chopra later this year. Moreover, he will put in a guest appearance in Homi Adjania’s Finding Fanny.Arjun Kapoor

The actor is likely to have four releases this year. He is currently shooting for his uncle Sanjay Kapoor’s production, Tevar. Gunday, his film with Ranveer Singh, is ready for release. This apart, his films include Finding Fanny and 2 States.Siddharth Malhotra

The actor has Hasee Toh Phasee that is ready for release. Directed by Vinil Mathew, the actor has been cast opposite Parineeti Chopra in his first solo release after Student of The Year. He is currently shooting for Mohit Suri’s film, The Villain.Varun Dhawan

The actor will be directed by his father David Dhawan in the film, Main Tera Hero which is ready for release. He also has Humpty Sharma Ki Dulhaniya with Alia Bhatt, which will be followed by  a film with Sriram Raghavan.Aditya Roy Kapur

The actor will be seen in two big banner movies: Dawat – E – Ishq with Parineeti Chopra and Fitoor with Katrina Kaif.Sushant Singh Rajput

The actor has two films in the pipeline. He is currently shooting for Dibakar Banerjee’s Detective Byomkesh Bakshi, which will be followed by Shekhar Kapur’s ambitious project, Paani. 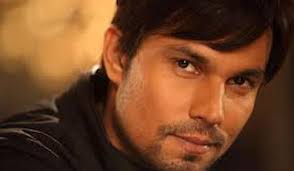 The actor will be working on four films in 2014. The first one to release is Imtiaz Ali’s Highway. He also plays a pivotal role in Sajid Nadiadwala’s Salman .